Free UK Delivery on all orders over £70

Free worldwide delivery for all keyrings

Free worldwide shipping for all keyrings

We hope that you and your hound will love Dog Moda products. After all, we only sell hound collars, leather dog leads and sighthound accessories which we are happy to use on our own beloved dogs.

However, if for any reason you or your hound are not completely happy with the quality of our sighthound products, we offer returns with a full refund.

You have14 days after receiving our sighthound collars, dog leads or other hound accessories to decide if you want to keep them or return to us in the original condition for for a full refund. 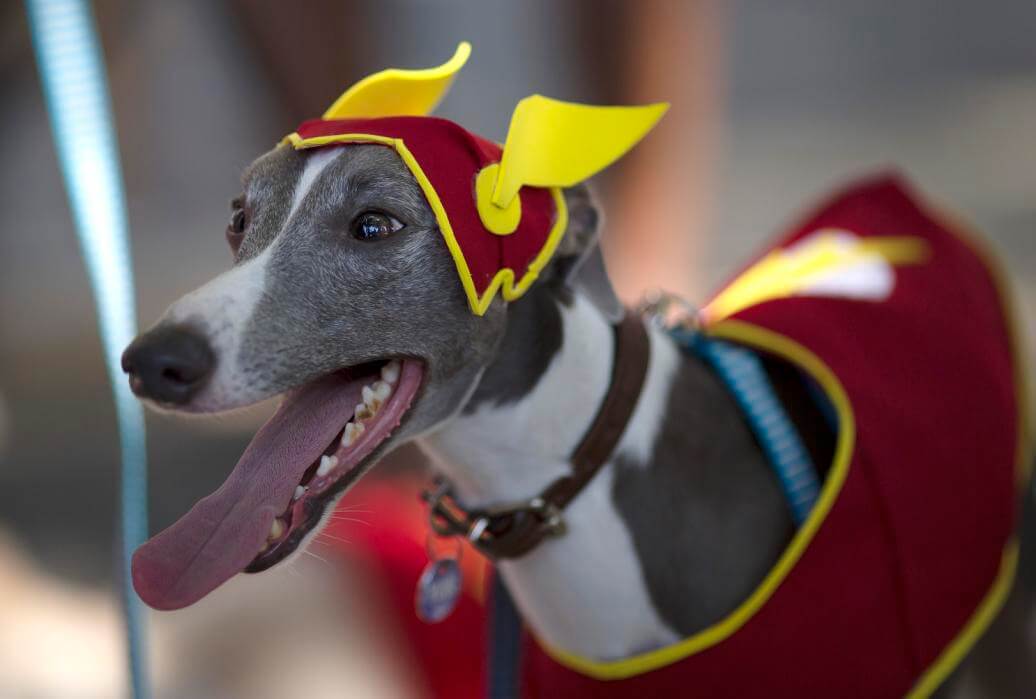 Dogs, sighthounds among them, in costumes attended the carnival pet parade in Rio de Janeiro, Brazil on Sunday, February 19, 2017. People dressed up their pets for the annual block parade held near Copacabana beach.
(AP Photo/Leo Correa).

Brazilian canines allowed their people to dress them in masks and costumes last Sunday for a four-legged carnival held just days before the humans will hold their own party on the streets of Brazil.

The celebration started with the Banda Vira-lata, which means "Street Dog Band" in Portuguese, announcing the beginning of the festivities. People gathered with their dressed-up dogs at the edge of Copacabana beach for the annual "blocao," or block party, for pets.